Condition of the prints

mint
the print is brand new, comes directly from the publisher.
very good
the print is as new, but there can be some negligible little dents as for instance often is the case with streetposters due to the thinner paper
good
often second-hand prints, there can be little defects, but not disturbing and the image is intact
reasonable
second-hand prints with minor defects like for instance pin wholes or little folds, but the image will be intact.

Giclée is a relatively young printing method with amazing results. You can compare it with the technique of a normal inkjet printer, but using special inks and paper and with much more nuances in the colour cartridges (up to 12 different ones) a good printing specialist can achieve a very faithfully reproduction of the original art work. It is a relatively expensive technique, for instance comparing with silkscreen, but for an artist it is often the only way to get really good printing results, even when the artist used effects like airbrush and mixed-media in his original work. 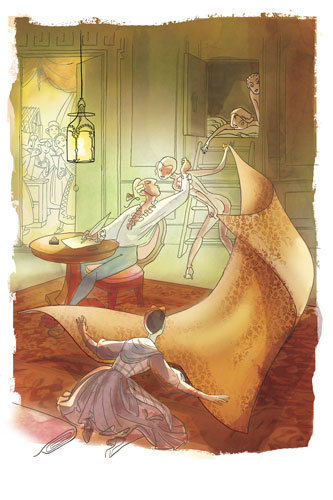 In the Netherlands we use the term 'piezography' for this printing technique. In the rest of the world they normally call it 'giclée'.

Screen printing is a printing technique in which a design is imposed on a screen of polyester or other fine mesh, with blank areas coated with an impermeable substance. Ink is forced into the mesh openings by the fill blade or squeegee and transferred onto the printing surface during the squeegee stroke. As the screen rebounds away from the substrate the ink remains on the substrate. One colour is printed at a time, so several screens can be used to produce a multi-coloured image or design. 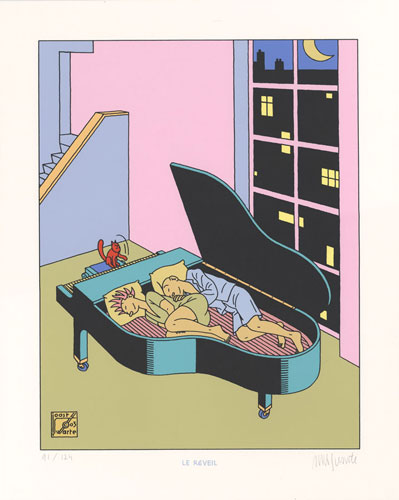 The silkscreen technique is especially suited for drawings in the 'ligne claire' style of artists like Hergé, Joost Swarte, Yves Chaland.

Lithography is a method of printing based on the immiscibility of oil and water. Lithography use an image drawn with oil, fat, or wax onto the surface of a smooth, level lithographic limestone plate. The stone was treated with a mixture of acid and gum Arabic, etching the portions of the stone that were not protected by the grease-based image. When the stone was subsequently moistened, these etched areas retained water; an oil-based ink could then be applied and would be repelled by the water, sticking only to the original drawing. The ink would finally be transferred to a blank paper sheet, producing a printed page. This traditional technique is still used in some fine art printmaking applications.

In the 1890s, colour lithography gained success in part by the emergence of Jules Chéret, known as the father of the modern poster, whose work went on to inspired a new generation of poster designers and painters, most notably Toulouse-Lautrec, and Georges de Feure. By 1900 the medium in both colour and monotone was an accepted part of printmaking. 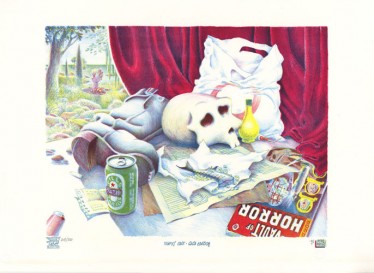 In the second half of the 20e century lithography has mostly been replaced by offset printing and now it is only used by artists for graphical art productions. 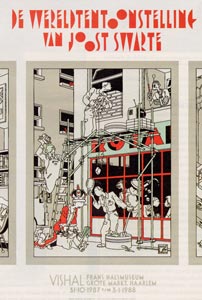 Carto was a printer located in Brussels (Belgium) who managed using an offset press to create prints very similar to silkscreen prints. To our opinion a Carto print is more valuable than a normal four-colour offset print.