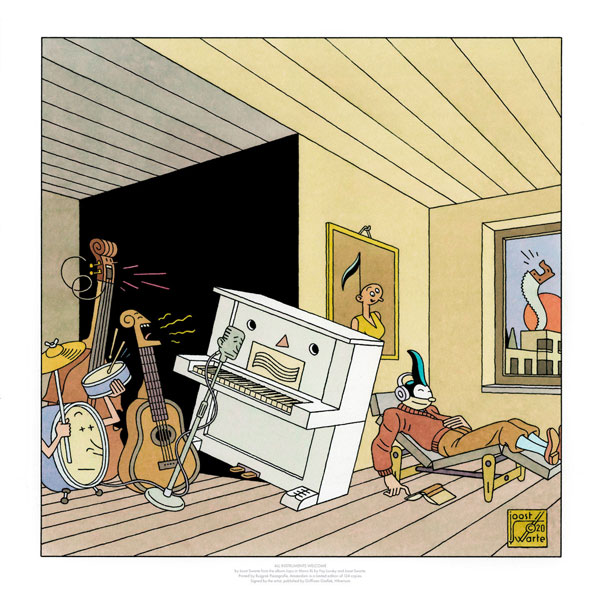 Rise of the Robots

Joost Swarte made illustrations for an article by David Rotman which was published in the MIT Technology Review on June 17, 2015. The article is about the increasing robotization of the economy and its impact on work.
And 5 additional cards of 17 x 17 cm. Total price for print and cards € 35. 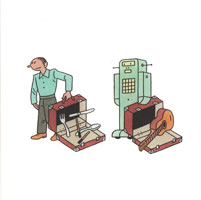 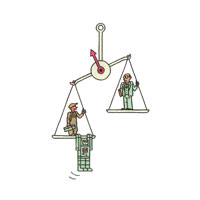 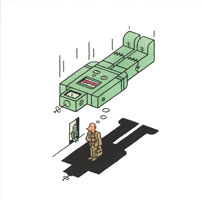 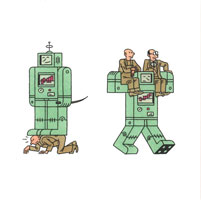 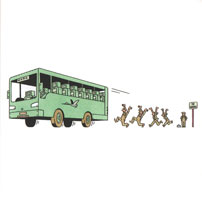 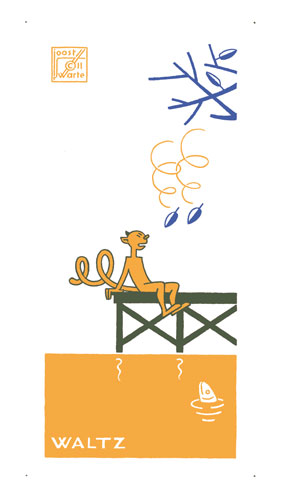 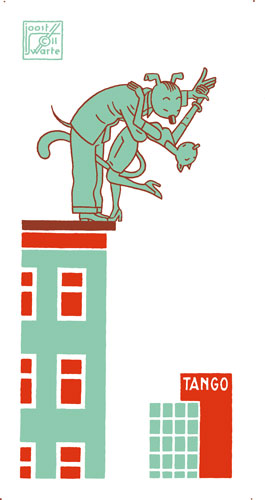 Four dance prints originally made for an art project for children by MUKA Gallery, Auckland, New Zealand in 2011.
Size: 18 x 35 cm. One of the four prints is signed. € 39 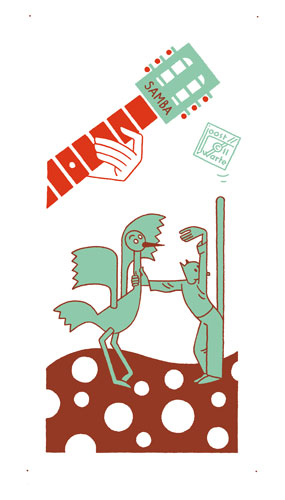 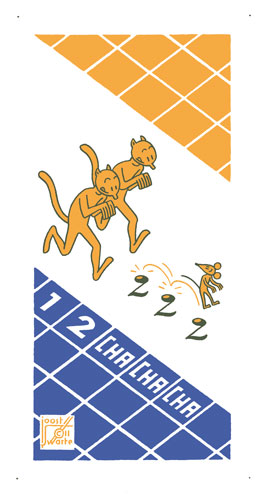 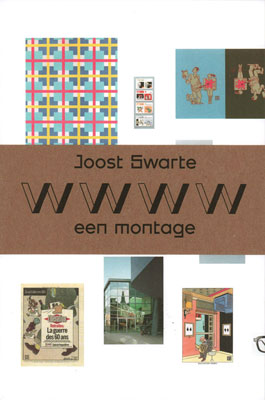 As part of the exhibition ‘Joost Swarte Overal’, in the museum Kunsthal (Rotterdam 2019), a montage of 184 works was made to illustrate the great diversity in Joost Swarte's oeuvre. A compact edition of this impressive overview, (which covered an entire wall during the exhibition) is shaped as as a four-part leporello in a limited edition of 300 copies, all numbered and signed.
Size: 4 pages of 25.5 x 68 cm. € 35

OVER VLOED IN HOORN

Design by Joost Swarte for a stained glass window of cultural centre Oosterkerk in Hoorn (built as a church in the 16th century).
It tells the story of the Dutch harbour city Hoorn in relation to the water through the ages. 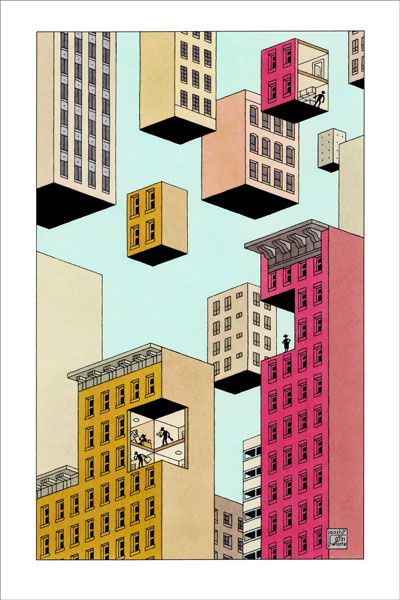 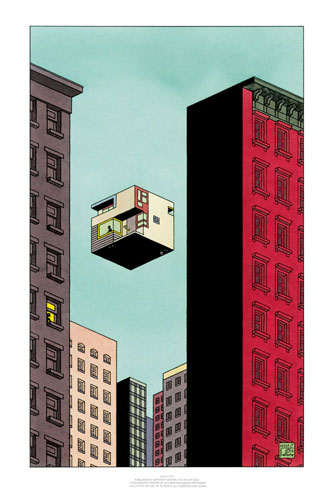 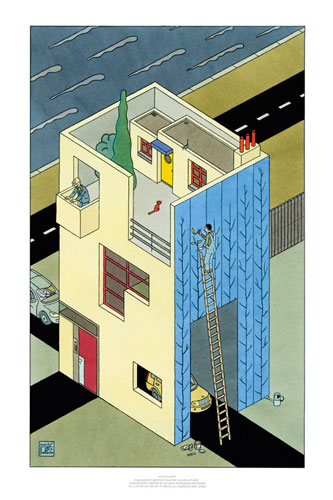 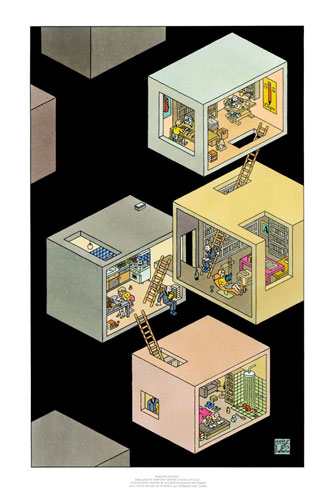 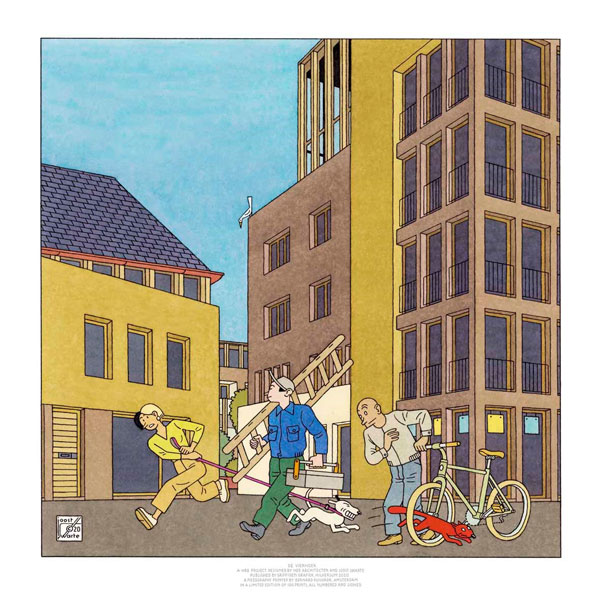 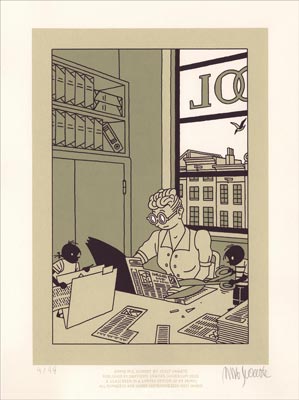 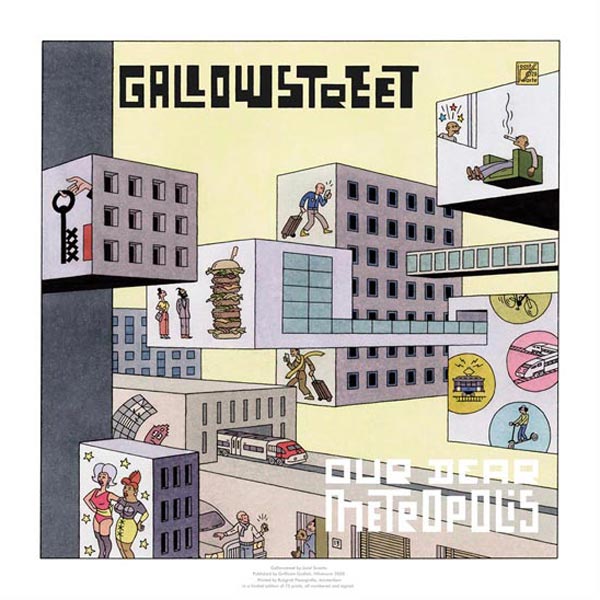 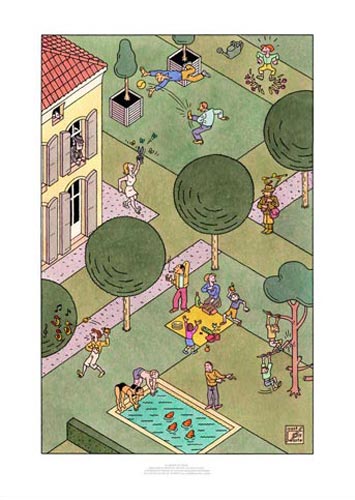 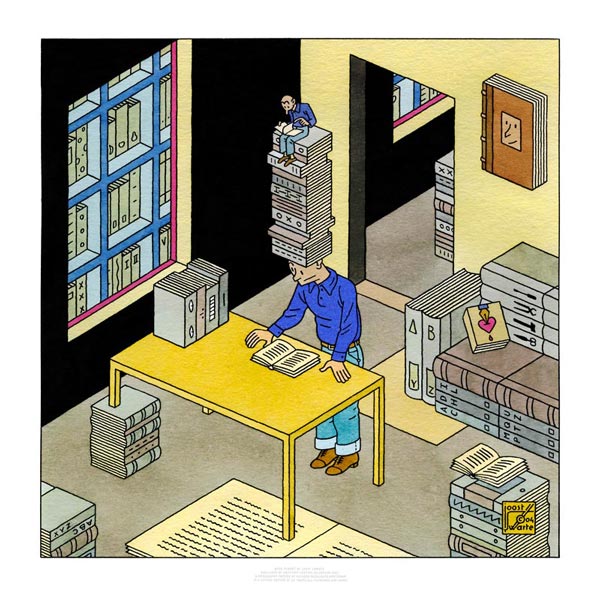 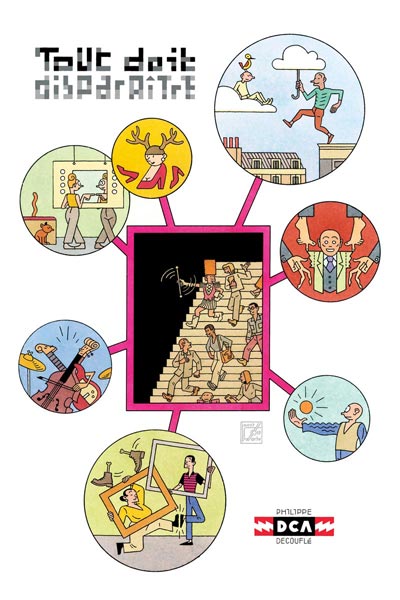 The giclée of the poster that Joost Swarte made for Philippe Decouflé (a choreographer at Compagnie DCA), for the show Tout doit disparaître at Théatre National de Chaillot in Parijs, is now available.
The print is executed in giclée in the size 40 x 60 cm, in a numbered and signed edition of 75 copies, and costs € 175. 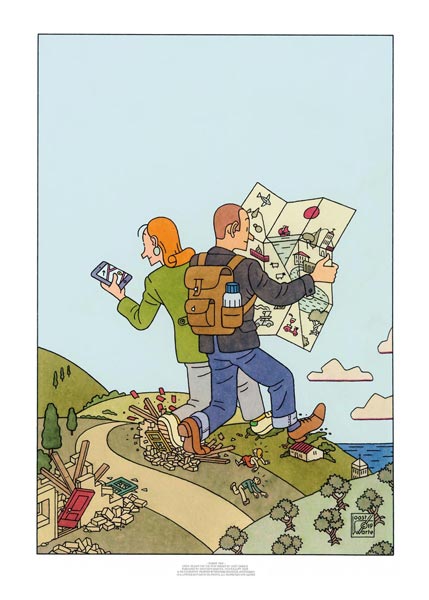 Joost Swarte's latest cover for The New Yorker is called "Power Trip" and we've produced prints of it as we did previously with his other covers, "Summer Adventures" and "Love Stories". As before, the size is 50 x 70 cm, and the giclées are numbered and signed in an edition of 124 copies. Price € 175 each. 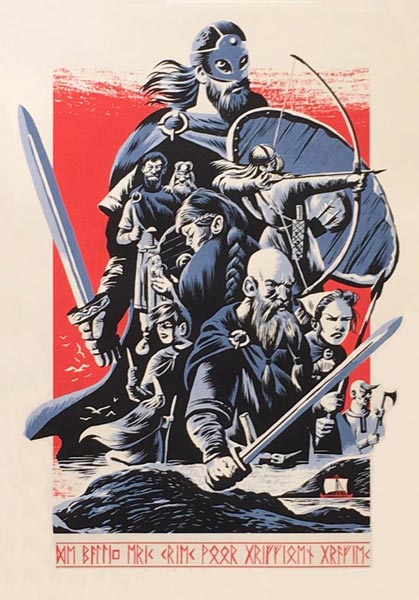 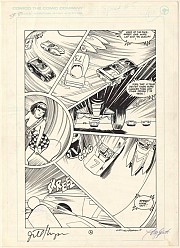