Joost Swarte recently made a luxury adapted version of two new designs in a limited edition of 50 copies.

The Proof of the Pudding

The JURA Film Theater & Debat Foundation made a documentary about the life of architect Hertzberger and about his attempt to keep the building, he designed for Centraal Beheer in Apeldoorn, a textbook example of architecture for years to come.
The now 90-year-old architect Herman Hertzberger has always had a long-term vision for his designs. The Centraal Beheer office had the option of being converted into homes at a later date. But now it has been empty for years and the renovation has not yet been completed, while that should be 'the proof of the pudding'.
In this drawing, Joost Swarte combined Herman Hertzberger's two H's with the design of the building.

Earlier this year, Joost Swarte provided the cover for the 2021 annual report of the pension fund PMT, “Pensioenfonds Metaal & Techniek”. The six different drawings show the various sides of the metal and engineering sector. 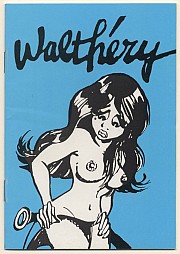